Scroll to the bottom for photos!

Last night, December 5th, on the International Day of the Volunteer a local resident received a Stars of Alberta Volunteer Award. This award is presented to exceptional volunteers in 3 categories, Youth, Adult and Senior. Nominations are Alberta wide and local resident Braydon Fix was nominated by Volunteer Strathcona and he won in the Youth category. Here is a little background information on how it came to be!

I had the pleasure of meeting Braydon almost 2 years ago, when he came into our office looking for volunteer opportunities. He is 20 years old and a graduate of Archbishop Jordan High School in Sherwood Park, Strathcona County. He felt he had more to offer to his community, even though he had already started volunteering at various places.

Volunteer Strathcona had just adopted some new programs from Strathcona County Family and Community Services and we were eager to have volunteers sign up and help us out with these new programs.

He was eager to join our team and quickly became part of our family. Braydon joined Volunteer Strathcona’s  SnowBusters program. This program matches volunteers with seniors and persons with disabilities to help them with snow removal in the winter months. Braydon then transitioned very well into the LawnBusters program, where the volunteer will help with lawn cutting in the summer months.

Braydon has multiple clients and they are very pleased with the work he does for them. He has formed amazing relationships with all his clients and they look forward to seeing him when he comes to offer his services.

That is not where it ends! Braydon has been actively volunteering for the past 2 years and his very first volunteer experience was at the Edmonton Marathon. Braydon and his Support worker Amanda were Course Marshalls. I mentioned support worker because Braydon has Down’s Syndrome, but has never let anything stop him from excelling in everything he does. He has overcome milestone after milestone, and winning this award is testament to that fact.

Braydon also volunteers at the Common Ground Café and has been for more than 2 years. Shortly after starting his volunteer experience at the café, he joined the Sherwood Park Crusaders as a water boy for their Monday and Wednesday practices. He is now training for the scoresheet at the home games. Braydon loves sports so he started volunteering for Long Shotz driving range and he helps in any way he can by watering flowers and scooping up balls from the field.

Braydon also volunteers at Capital Care by setting the dining room tables for lunch and interacting with the residents. While at Capital Care, he manages to squeeze in some office work when needed. He has volunteered for the Leukemia and Lymphoma Society where he and Amanda, were parking Marshalls.

This remarkable young man is a very important part of the Nitza’s Pizza team where he not only works on a part time basis, but is also involved in each and every one of their fundraisers and events for great causes such as the Stollery Children’s Hospital and Little Warriors.

The Strathcona County Special Olympics is very dear to Braydon’s heart. He joined the Special Olympics 6 years ago as a young athlete and in ensuing years has become an Ambassador in fundraising and awareness for the organization, with countless hours dedicated to the cause.

In the last 2 years, Braydon has also been involved in the fund raising efforts with Dr. Brent Saik who’s been setting world records with The World’s Longest Hockey Games and Baseball Games to raise money for cancer research.

Braydon loves his community of Sherwood Park, Strathcona County, plans on staying long term and loves to give his time and energy to help others. He will continue volunteering wherever he can. His weekly schedule revolves around his volunteer roles. With his dedication and commitment, he volunteers 22 hours a week minimum which translates to roughly 1144 hours a year!

CONGRATULATIONS on this well-deserved award Braydon! 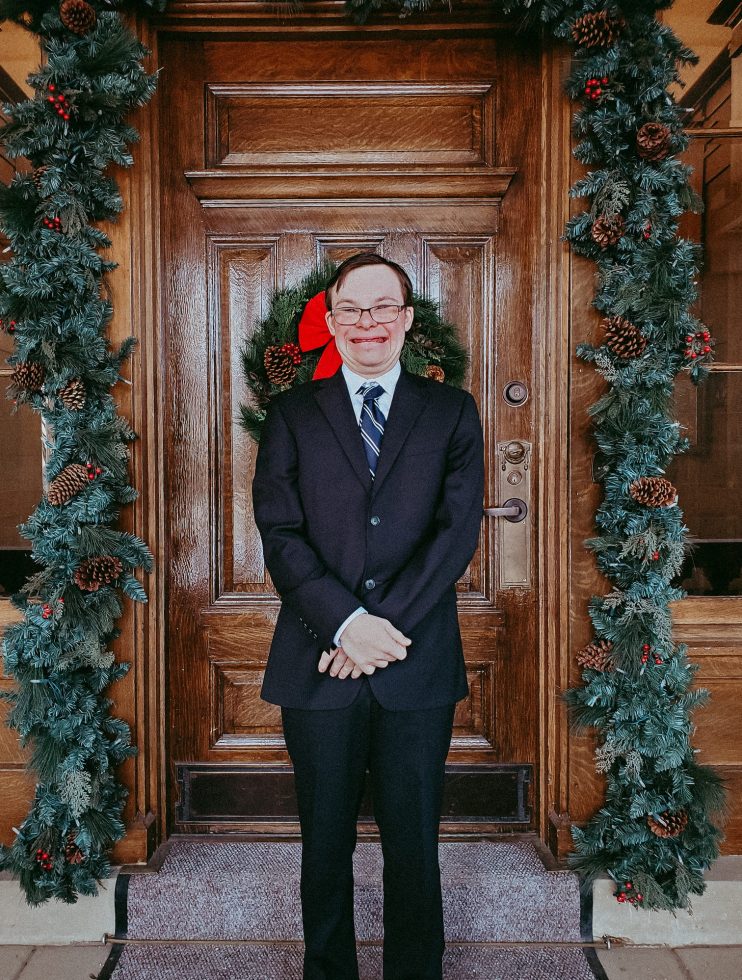 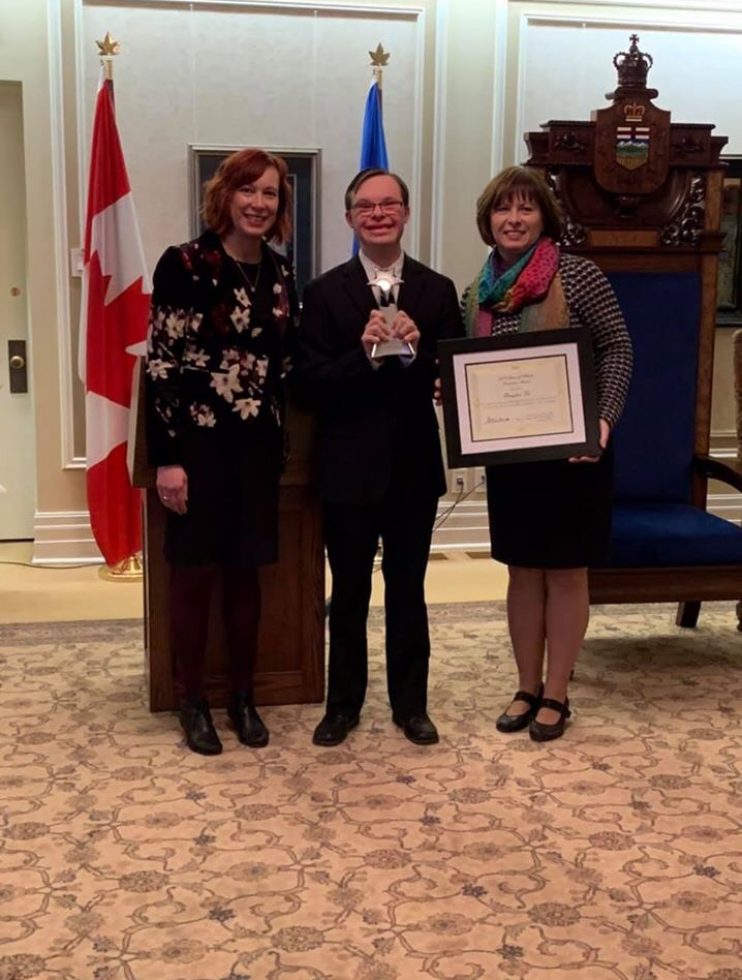 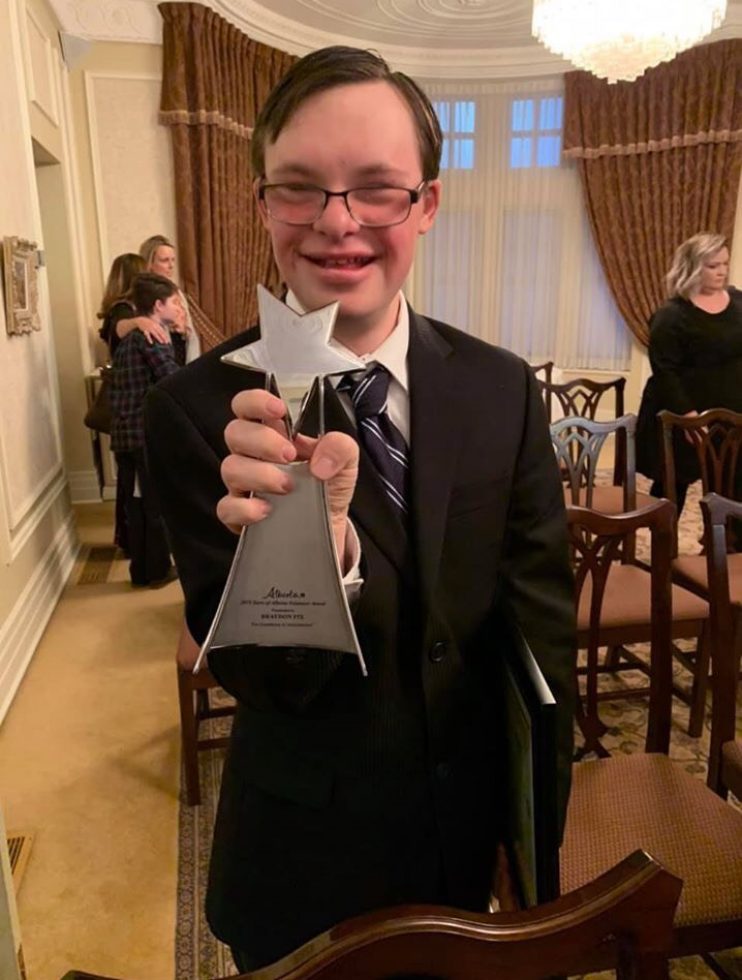 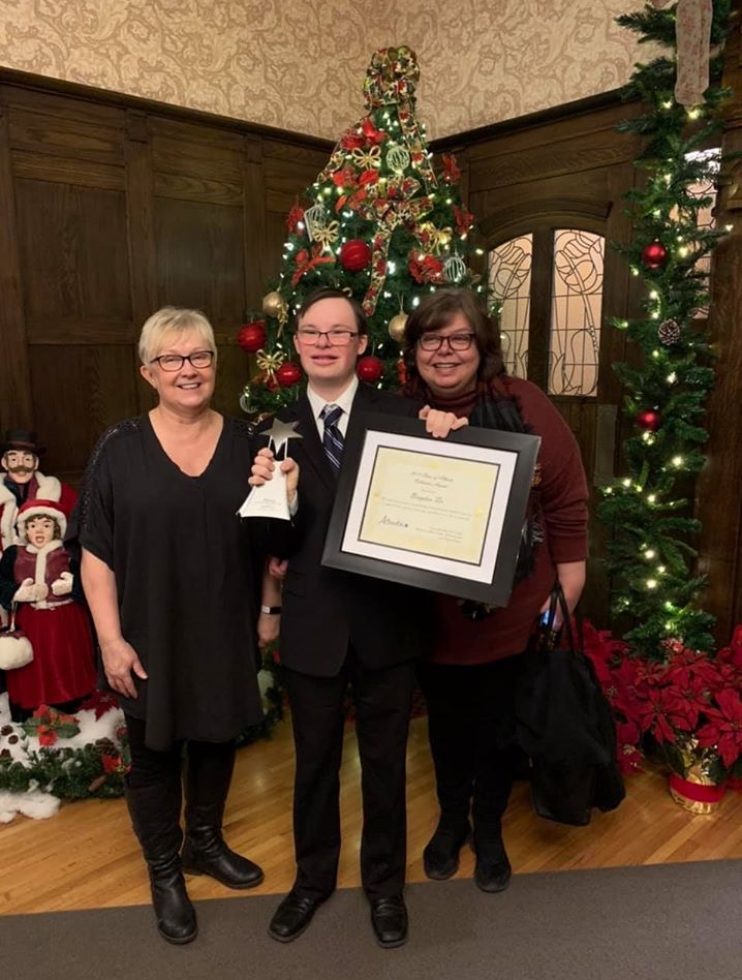